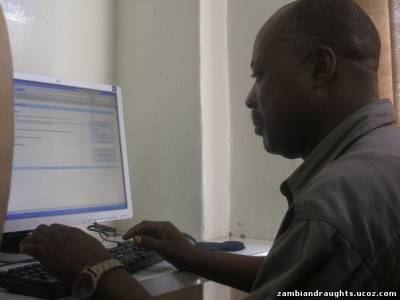 Mr. Tentanai Mwanzah started playing draughts way back in 1960s even before he started his secondary education at Libala High School in 1968. Mr. Mwanzah was the first Zambian player who taught draughts many well known Zambian players today since 1970s while at the University Of Zambia where he studied BSc/Science and obtained a degree. His overwhelming interest in the game of draughts, made him feel that draughts was part of him and at that time he did not entertain any defeat as he believed that he was the only draughts Zambian champion (Calling himself  Champion ya Dziko). During those days, Mr. Mwanzah could travel miles whenever he heard of players claiming to be champions in other districts or provinces within Zambia. He believes that a real champion spends a sleepless night when defeated and he always says that , "the pain of defeat is more than the joy of victory in a draughts match and therefore, he advises that one has to play each game so seriously in order to achieve only  a winning outcome. Mr Tentani Moto Mwanzah is also known by his slogans like , " If you want to see the eyes of a snail, you have to be patient," . He is believed to be the first Zambian Pool Checkers strongest player who has selflessly taught many other Zambian players. And during his time at the University Of Zambia, he also involved himself in active politics and in 1992  he formed his own political party called National Democratic Party (NDP)  www.eisa.org.za/WEP/zamparties6.htm  . Currently, he works as an educationist and President of National Democratic Party (NDP) 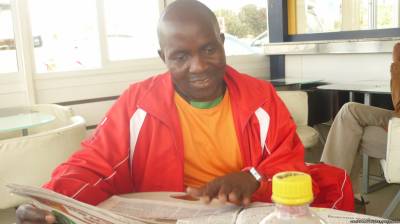 Mr. Bornwell Mweemba is a committed member and sponsor of a well known club called Kanyama Draughts Club. He works for the government in the Ministry of Chiefs and Traditional Affairs. We greatly congratulate him for being part of the ZDF Executive Committee.

Born on 8th October 1963 in Solwezi North Western Province. He is one man who has contributed a lot to the growth of Kaunda Square Draughts Club both as a player and a facilitator. He worked hand in hand with Mr. Joseph Chioko who was our first ZDF Treasurer.
5.The Publicity and Public Relations : Mr. Inambao Inambao
Email-Address ; iinnambao@yahoo.com - mobile number 0026 0967 249 377. One of the Zambian reknowned draughts Top masters. 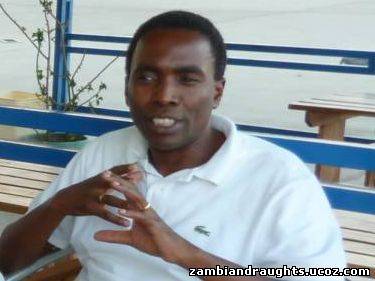 Inambao  Inambao made his name in the Zambian draughts fraternity as the first Lusaka Champion in the early 90s before the Zambia Draughts Association (ZDA) by then went under. Thank God for the Zambia Draughts Federation which came into existance in 2012.
The Technical Advisor: Mr. Hermen Kroesbergen -
Email Address hermenk@hotmail.com, phone number 0026 0976 279 329:

Born on 16th of August 1977 in the Netherlands. He learned to play draughts at school when he was about 10 years old. He became a member of the draughts club called DES Luteren in the village he lived. Hermen moved quite a bit all around Holland but always remained a member of DES Lunteren. He played in the first team for about 17 years and three times his club reached the Dutch Premier League, the strongest draughts competition in the world. Since December 2011, he lives in Lusaka where he teaches theology at Justo Mwale Theological University College and also helps in the ZDF as a Technical Advisor.
6, The Tournament Director - Mr. Mwaaza Sakala 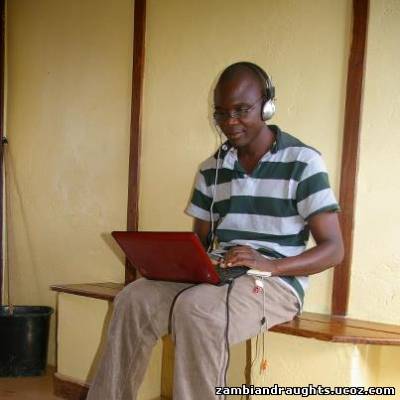 Born on 12 February 1979 in Lusaka - Zambia. Mwaaza Sakala commonly known as Veteran or Saks, is an innovative, proactive and informative young man who not only loves playing the game of draughts(checkers) but has also selflessly worked industriously in marketing the game of draughts locally and internationally. Saks started playing draughts/checkers in 1997 and during that time he became the fastest improving player in Zambia. As a vibrant and visionally young man, he has been striving for the game of pool checkers to gain both local and international recognition. Apart from playing with people locally, Saks also enjoys online draughts matches through which he has so far played different people from all over the world.
7. Committee Member : Raphael Lesa :
Contact mobile number - +260 977 796 484 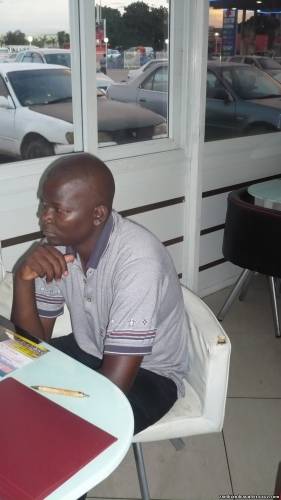